Astoria is known for being one of the largest Greek communities. Some say it’s the largest

Hellenic society in the world besides Greece itself. Although Astoria has recently become a very diverse area, a majority of the residents are still Greek. Many Greeks settled in Ditmars (the old center of Astoria) during and after World War II. According to Greeks in Queens, a book on the subject, many Greeks began opening restaurants and preparing foods from their home country as a source of income as referred to in “Greeks in Queens” This is where we get some of these amazing and authentic Greek restaurants on Ditmars today. Ditmars Boulevard, 30th ave and Broadway are all famously known streets littered with delicious Greek cuisine.

When coming to Astoria, you don’t want to go to just any restaurant, but to one of the most popularly known restaurants. You don’t only want to go for the food, you want to go for the overall experience. Ditmars restaurants such as Stamatis, Agnanti, Tellys Taverna, Loukoumi, MP Taverna, Kyclades and SLV Bar provide you with a combination of both. These are among the top rated establishments and each restaurant has something different to offer. Not to mention that these restaurants are also conveniently priced.

Academy of American Studies happens to have a Greek club. This club includes Greeks and non-Greeks so they provided several different answers when asked which restaurants were their favorites. The most popular among this group of students was Stamatis. Their favorite dishes included calamari, pastitsio, lemon potatoes, and gemista. These dishes include pasta layered with meat sauce and topped with a cheese layer. Gemista is a traditional dish of stuffed peppers and tomatoes with a mixture of rice and ground beef.

All of these establishments have something different to offer even though for the most part they all have the same food. What mattered is the way the food is prepared, the staff, and the overall atmosphere. Some of my personal favorites include Telly’s Taverna, Agnanti, Loukoumi and Taverna Kyclades. Time out magazine ranks Kyclades the 2nd best Greek restaurant in all of New York. They say “devoted fans order the enormous, simply -grilled fish -choose from over a dozen varieties – and pair it with traditional Greek sides like lemon potatoes or beets.” They also have MP Taverna as number 5 on their list, saying “Helmed by star chef Michael Psilakis, this Astoria spot reinvents Greek classics with modern platings and ingredients.” These restaurants all find a way to keep traditional dishes popular. For example, one basic staple is chicken, beef, and pork souvlaki.  There are restaurants that are built around this dish and are known for it. For example, SLV Bar on Astoria Blvd has recently become one of the most popular spots for their souvlaki.

Overall, there are many different options when it comes to Greek food. Greek culture and food was very popular in Astoria after and during World War II and it hasn’t changed much today. People still enjoy the authentic taste of Greek food, so next time you are in Astoria, sink your teeth into a gyro and enjoy! 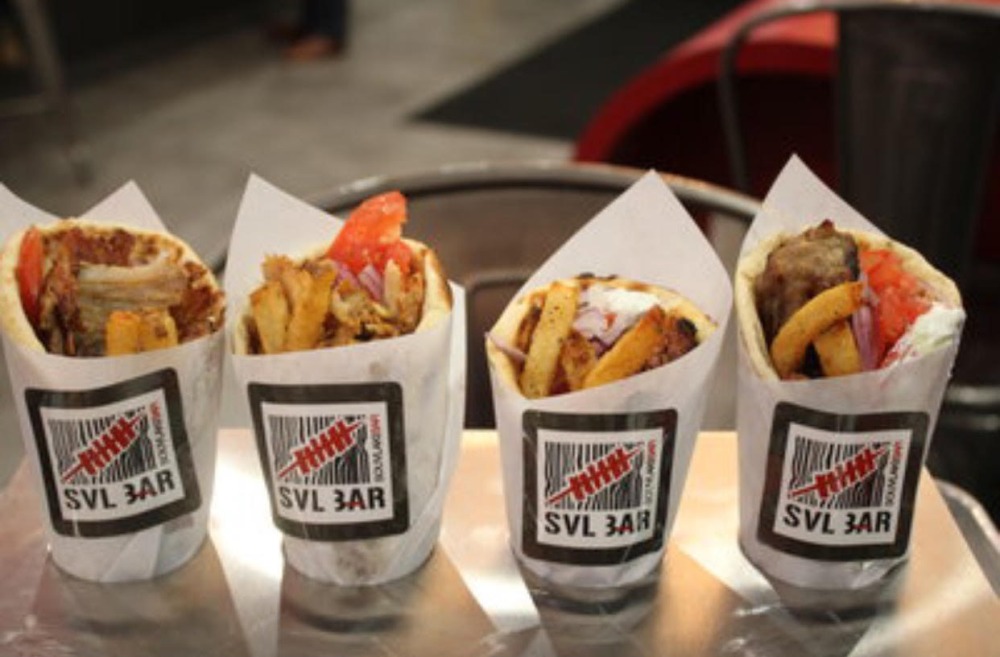