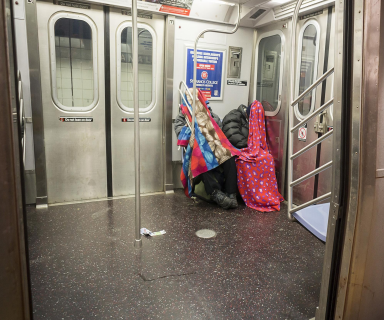 The height of skyscrapers is one of many things growing in NYC. The New York homeless population is expanding yearly, and people are now seeing the impact on their neighborhoods. Before Covid, your daily commute to and from Academy may have consisted of an encounter with one or two homeless people a week. Ever since quarantine, there usually have been at least 5 homeless people on the commute from Ditmars Boulevard to 39th Ave. Why are so many more people on the streets? How are they affecting our community? And how can we help?

There has been a steady incline in homeless rates, with the number of homeless New Yorkers in shelters now 15% higher since 2012. The Nonprofit Coalition for the Homeless reported the main occupants of these shelters are people of color where 57% are black and 32% are Hispanic. Since COVID-19 the mental health of many people has been declining to create one of the main causes of these high rates along with eviction, lack of affordable housing, and job loss. The gentrification of many beloved New York neighborhoods has pushed these underprivileged communities out of their homes with no place to go. The lack of shelter space and affordable housing has left these needy families with no options but to reside on the streets and subways where there is at least some form of utility like heat.

the article describing the protests and reporting that the residents wanted “homes not hotels” for
the homeless community in the area.

Although more shelters are advocated for, there is also the question of how they affect our communities. Take Long Island City, for example, Florence Koulouris, the District Manager for the Community Board in their monthly meetings of February 2022 reported that the multiple homeless shelters that reside in close proximity have been affecting crime reports, making them more noticeable. She announced at the meeting that there were about 2 thousand calls made to local police informants regarding the residents in 2021 as a result of many shelters in one area causing tension between the residents. Koulouris claimed there has also been insufficient police surveillance, increasing crimes.

The danger of these areas has made the students more fearful on their walk to school from local train stations. Academy of American Studies student, Georgia Kourkoumelis, claimed when she got on the train she would “sit at a further distance from them, just in case.” People become more alert because of the reports of violence. Although many people advocate for housing for these underprivileged individuals they don’t like the idea of it being in their communities. The high rate of crimes have many residents in the neighborhood protesting the shelters, especially residents considering the proximity to the Academy of American Studies and the nearby daycare creating a “not in my backyard” mentality. One of the most impactful protests was from the Blissville Civic Association, which held back-to-back oppositions for a third homeless shelter in the Blissville area. QNS published 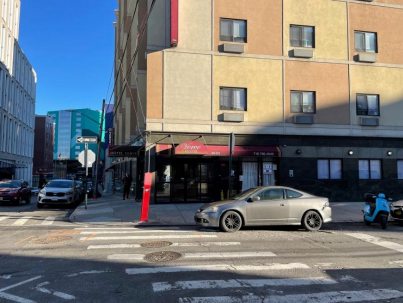 Canned New York, a New York activist organization, explains that the homeless issue won’t be solved by decreasing the number of shelters, but by donating to organizations like Breaking Ground, The Coalition for the Homeless, Picture the Homeless, and the Ali Forney Center to actively support addressing the situation. Ethan Giustra, another student, understood the importance of proper circumstances in these shelters. He emphasized the importance of “the city investing more money into mental health facilities and stopping the alienation of the homeless population to provide a more permanent solution.” As Mayor Eric Adams and other city representatives pass more acts and policies to support homeless populations, the communities will be safer. Although on your way to school your first instinct isn’t to think why the people you see are homeless but to walk away with your head down to avoid eye contact, it’s important to realize that change is needed. The increasing homeless population will continue to grow without
more sustainable solutions.